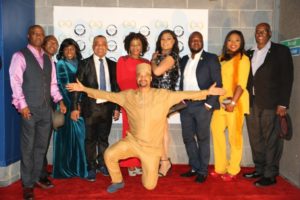 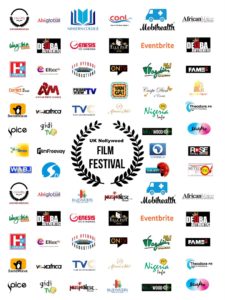 UKNFF IS HERE AGAIN! CELEBRATING THE TALENTS WITHIN THE NOLLYWOOD INDUSTRY!
Following a very successful launch of the UKNFF 2018 at the Double Tree by Hilton Hotel, attended by the stakeholders and big names in Nollywood, The UK Nollywood Producers Guild will be hosting the second UK Nollywood Film Festival during the Black History Month on October 2019.
Last year, the UKNFF festival screened fantastic films such as Oath Bound winning Best Short and Behind the Wheels winning Best Feature, both films receiving the UKNFF 2018 awards on the closing night.

The UKNFF 2019 Opening ceremony will be held on Friday 04/10/19 at the Odeon IMAX cinema in Bugsby Way Charlton Greenwich. This will consist of Celebrity Red Carpet Reception, Screening and after party. The Patrons awards will be presented at this exclusive VIP event. The following day Saturday 05/10/19 we will be running various workshops and screening multiple films nominated for the film festival competition at difference festival locations. The day will close with a glamorous Closing ceremony where all the stars will gather for the final result and celebration. 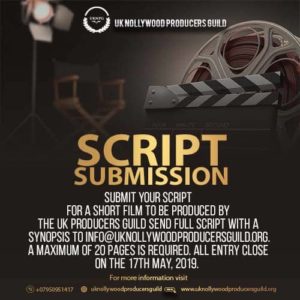 Tosin Akintokun CEO Nollywood Movie Review said “it is important to recognise the upcoming talents in the movie industry. The film festival provides a platform for producers, directors and film makers to showcase their movies and tell their stories. We will not relent until Nollywood takes its rightful position on the global map in the world of entertainment. The journey continues”
Benjamin Omage CEO Silah production added “to move forward, we need to go back”, for an industry that has provided both in Net worth, fame, creative and talented practitioners that brought about lasting memories, “ Nollywood”
This unique UK Nollywood Film Festival is interested in showcasing films and documentaries featuring African heritage and lifestyle even if produced or directed by non-Africans. These may include micro budget films of under £50,000 though the films or documentaries must meet an acceptable quality standard
ABOUT THE FILM FESTIVAL
The UK Nollywood Film Festival otherwise known as UKNFF is underpinned by the vision of the UK Nollywood Producers Guild to empower and showcase the work of independent filmmakers especially those from the African descent. UKNFF is dedicated to Africans and Supporters of African Filmmakers especially UK Nollywood. Even though all filmmakers qualify to submit their films, particular emphasis are shown to the selection and screening of Nollywood films and films made by African youths or first and second time African Film Producers/Directors.
Lindsey Oliver CEO Yanga TV said “Dramatic, rapid, sizzling and tense. That’s just a description of what it can feel like commuting around a big British city like London. Capture that backdrop alongside the colourful, extravagant, authentic storytelling of the Nigerian Diaspora and you have UK Nollywood”

Malcolm Benson President of UK Nollywood Producers Guild added “UK Nollywood Film Festival is an opportunity to showcase some of the works coming out of the industry, to also appreciate and highlight the resilience shown by Nollywood Filmmakers and other stakeholders in making Nollywood what it has become so far. As a community,we need to remember where we come from, how we started and look forward to where we are going It will take discipline, courage, consistency and enthusiasm amongst other things to build an industry and even though it may seem farfetched, rough and rugged, it is by no means inevitable”

We hope you will be in a position to support us at this UKNFF2019 and in building the UK Nollywood Film Culture and Community. To sponsor, partner or participate in this year’s event please contact us.

Films can be submitted via Film Freeway using below link
https://filmfreeway.com/UK-NollywoodFilmFestival 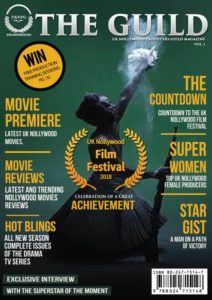 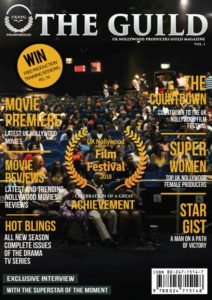 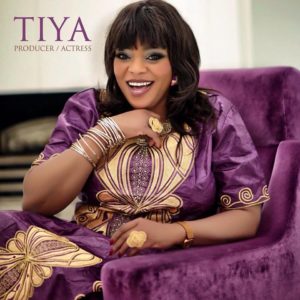 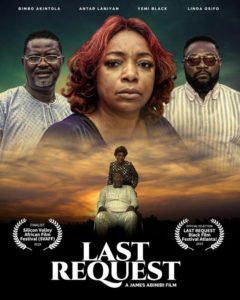 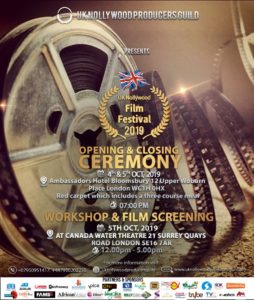 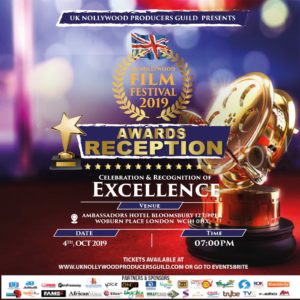