Marc Adebesin, born to a German mother and  Yoruba, Nigerian father, in Essen, Germany. He spent his early life in Lagos and later migrated to London.

He attended Federal Government College Odogbolu and Saint Finbarrs College, akoka in lagos for his secondary education. Was granted admission to study mathematics and statistics at Yaba College of technology, while he finished his Masters degree in Business administration at Cardiff University in United Kingdom. 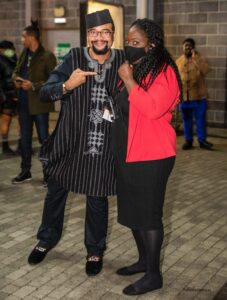 His films are for the nollywood and cinema audience across the globe, having produced 6 of his films and directed 4. 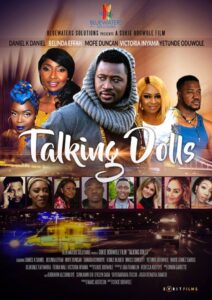 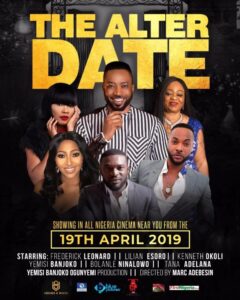 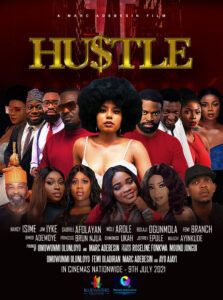 Mikes Comedy – My World – Directed & Produced by Marc Adebesin,  this was shot in London and Nigeria.

Vera Tunes – Ife (Love) – Produced by Marc Adebesin  this was shot in London.

He is an international multi-award winning director and producer. Marc Adebesin is a IT / Telecoms – Service Designer, and film maker at heart, his first feature film ‘’Talking Dolls’’  had over 44 nominations and 19 awards and selected at various film festival across the globe, notably Toronto Nollywood International Film Festival,/ CAAFAS,] ZAFFA

The public screening of his first feature film ‘’Talking Dolls’’ in UK took place on the 21st July 2017, and was a sold out event.

He was also an associate producer on ‘’The Accidental Spy’’ produced in 2017, presently on NETFLIX

He directed his first film in Nigeria ”The Alter Date” and won the best director at CAAFAS 2018 and African Voice Movie Awards in UK. Marc Adebesin Live show interview with Hanging Out With Henrietta Podcast.
Froma – Radio live show on the impact of COVID-19 and health care in Nigeria

”Hustle” directed by Marc Adebesin is set to hit the screen in 2021.

St.James directed by Marc Adebesin  shot in Lagos, Nigeria in 2020 will be release in 2021 in Nigerian Cinemas.