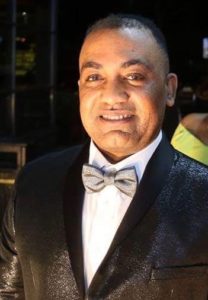 Activities for 2018 to be announced soon.

The UK Nollywood Producers Guild (UKNPG) elects their former Vice President Mr Malcolm A Benson as the new President of the Guild. Mr M A Benson was a founding member of the Guild and initially served as the Financial Secretary. The Guild was formed in 2013 to create an enabling environment for the UK Producers to share their experience and skills with each other: to promote activities that will enhance the members abilities to make great films: to share relevant information and resources beneficial to the welfare of the members: to honour, respect and support equality and fairness in all circumstances regardless of members status: to provide a forum for meeting and interaction of the members and the public: to promote unity among the members and ensure group solidarity and harmony: to cooperate with other organizations in the UK, USA and Africa etc having similar objectives and to provide a forum for dispute resolution and reconciliation for its members

In his manifesto the President Mr M A Benson highlighted the following action points to underpin his leadership and to enhance the members of the Guild in 2018/19 Presidential two year tenure.
(1) Co production Treaty between United Kingdom and Nigeria anchored through the UKNPG – Working actively with the BFI, Nigerian House, Stake holders and Film Networks.
(2) Access to UK Tax credits opportunities and other sources of funding.(3) Developing a Quality assurance framework for the UKNPG (minimum standards for members)
(4) Workshops for quality productions with industry professionals attending to give talks on progressive returns on film investments
(5) Youth Producers Scheme – This project will be funded to bring in at least up to four new producers each year into the UK Film industry. Successful candidates will be supported to producer two short/feature films anchored by the UKNPG
(6) Screening and Distribution platforms
(7) Special concessions for members of the Guild.
(8) Revenue generation through Annual Events (Film festival, Gala Night/Ball etc)
(9) UK and Diaspora based Nollywood Producers Outreach programme and Affiliations
(10) Stable and structured leadership – The Guild to be purpose driven, setting out realistic and measurable annual

Also elected are Ms Euphemia Chukwu as Vice President, Ms Tolulope Yesufu as General Secretary, Mr Godwin Osabutey as Financial Secretary, Yemisi Banjoko as Deputy Financial Secretary, Marc Adebesin as Publicity Secretary, Mrs Taiwo Odebode as Social and Welfare Secretary, Rita Akpojotor as Deputy Social and Welfare Secretary
The President Mr Malcolm A Benson is a multi award winning Media Professional and the CEO of Benalex Media based in London. He is an Alumni of London Metropolitan University having obtained two Academic Hons Degrees as well as a Post-graduate diploma and other undergraduate qualifications in the same University. His first academic d

egree was in Professional Studies in Education (BA Hons) followed by a second degree in Law (LLB). He then went on to do an LPC before joining a Law firm in London where he now practices. He is a Mentor and has mentored a number of students at the London Metropolitan University as well as in the film industry. M A Benson also qualified as a Teacher before following his passion and extending his reach into the Media and Entertainment industry. He is a Film Producer, Actor, Director and Screenplay writer. He won Best Actor and Best Producer at the African Film Awards in 2016 and 2017 consecutively. M A Benson has featured in a number of films and has produced many

Malcolm Benson’s Film Premiered in Cannes twice and was chosen and screened at the Mache Du Film by the New World Cinemas in Cannes. M A Benson has been Nominated Best Director, Best Producer, Best Screen Writer and Best Actor by the Los Angeles based NAFCA Prestigious Awards, BEFFTA Awards, ZAFAA Global Awards and African Film Awards in 2016

Awards seasons. In previous years M A Benson has amongst other awards also picked up the ZAFAA Best UK Film Director and The Life Changers Award as a Champion for Art and Culture. He has also won the Gathering of Africa’s Best (The GAB Awards) for his contributions on the promotion of the positive image of Africa and Africans through The ArtsHis many TV productions are shown on flagship sky channels such as Nollywood Movies Channel 329 and Vox Africa Channel 218. This includes the high profile ‘Show4Africa TV’ and ‘Take 101’ which have attracted widespread media appeal. Take 101 is a documentary TV series that helps film makers especially new, young and upcoming ones to learn the A to Z about the film making process from concept to reality and from ideas to motion picture.
M A Benson’s Media Company launched one of the first Igbo TV shows on a UK Television,

which aired on Ben Television SKY Channel 238 paving the way for other producers of similar shows. He is a founding member and creator of the successful Igbo Heritage Awards event. M A Benson is actively involved in the community leadership, fund raising for charitable causes and community empowerment projects. He has worked actively as a committee member for three Former Mayors of the London Borough of Waltham Forest and two Former Mayors of London Borough of Enfield raising money for various charities.

He is a committee member for delivering the successful Nigerian Centenary Awards UK 2014. M A Benson is the former president of a youth organization for all Igbos based in the UK called The Igbo Cultural and Support Network (ICSN). He is the current

President of Okija UK since 2013 and a founding member as well as Legal Advisor for the Actors Guild of UK Nollywood. He is the current second Vice Chairman of the Central Association of Nigerians in the United

Kingdom (CANUK).M A Benson is driven by his passion for giving back to the community and is a much heralded community/industry leader and a creative champion.

Some of his work can be found at www.benalexmedia.com

The call for entries for UK Nollywood Film Festival is now open!

Here’s a special code that you can use for 20% off your entry fee: [UKNollywood]

We can’t wait to see what you’ve been working on, and we hope to see you at this year’s festival!